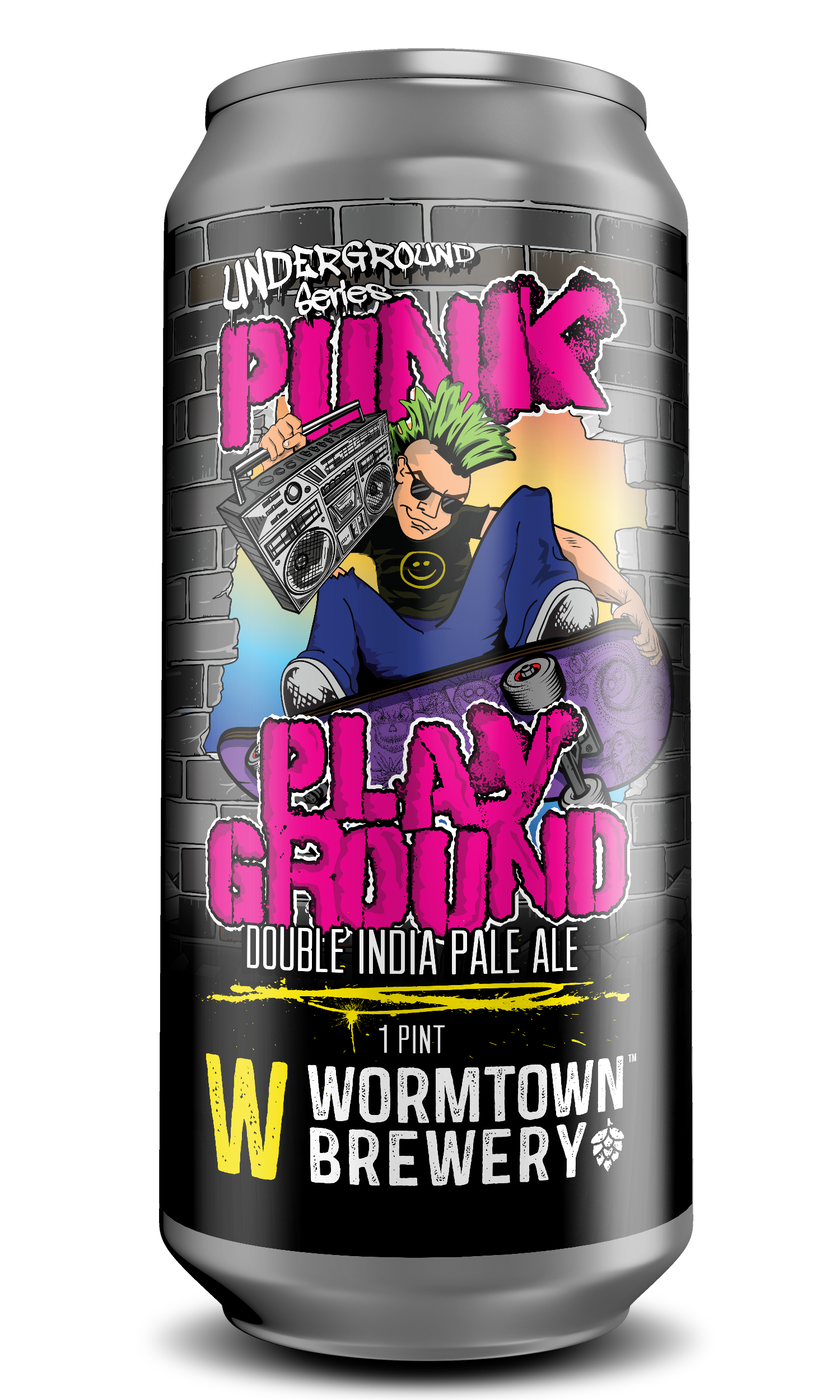 A tribute to the underground music scene that gave Worcester its earthy nickname, the Underground Series celebrates the eclectic and revolutionary tastes of our beloved city.
Punk Playground is a shoutout to all the DIY’ers who helped establish Worcester’s punk scene. Creative minds who built a strong sense of community where all felt accepted. Punk Playground is an aggressive yet easy drinking double IPA that welcomes all to enjoy.

Back to Our Beers